The Edge Ice Center is located within Moreland Park which was acquired by the City of Owensboro in 1930. The Edge Ice Center is one of only 4 rinks in Kentucky and the only municipal facility in the state. This first-class facility was built and opened in August of 2009 to replace the original rink, the Owensboro Ice Arena which served our community since 1964.   The Owensboro Ice Arena was an open air rink which made operations weather dependent October through March each year.  In 1971 the facility was enclosed to accommodate a new youth sports league that arrived in Owensboro, ice hockey. The  Owensboro Ice Arena served the citizens of Owensboro for 45 seasons until the new facility opened in August 2009.

The Edge Ice Center is open year round and offers public skating, skate rentals, learn-to-skate classes,  skate sharpening, and a full concession and pro shop. Birthday parties and private rentals are available to groups and individuals. Call 270-687-8720 for information.

All admission fees include skate rental

Own your own skates? Receive a discount and skate for only $5.00!

Participants under the age of 16 MUST be accompanied by an adult 18 years or older at ALL TIMES.

Purchase in Person at the Door 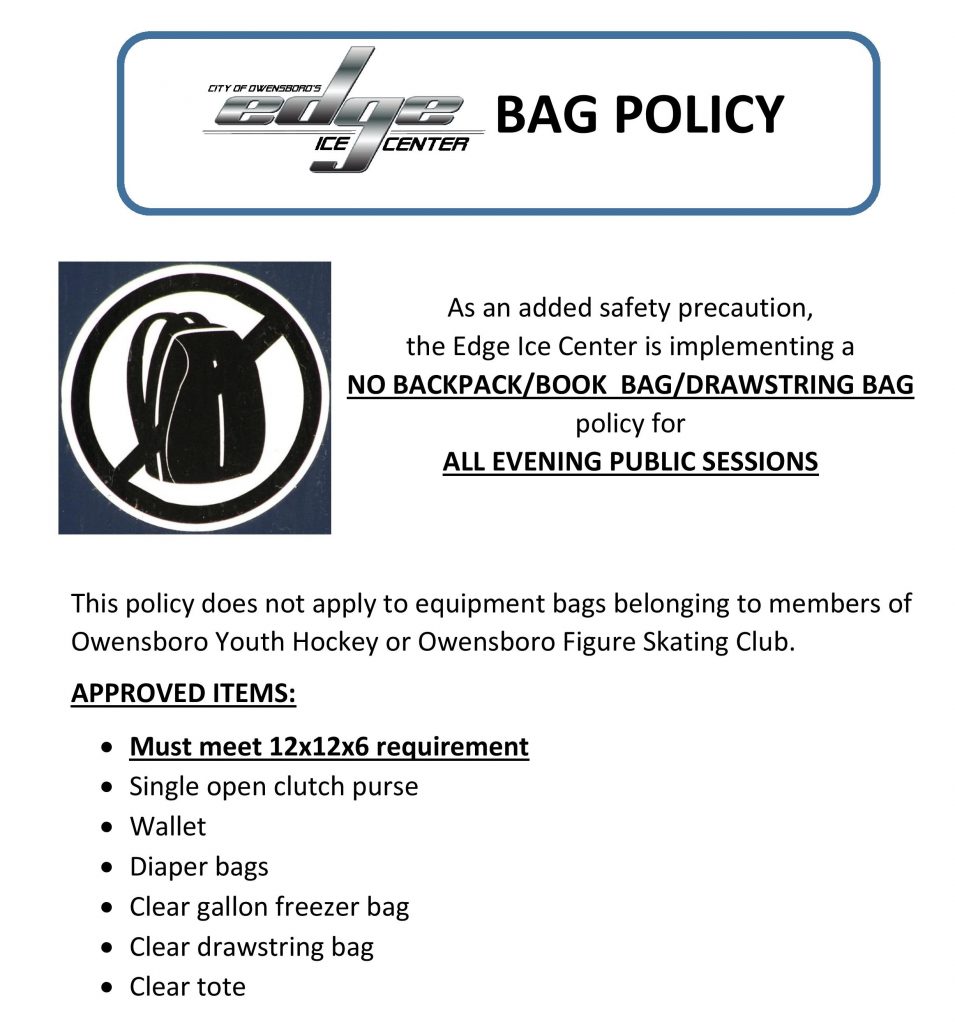 Participants under the age of 16 MUST be accompanied by an adult 18 years or old at ALL TIMES.