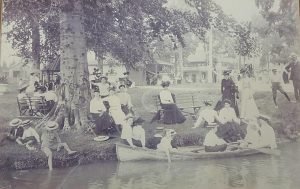 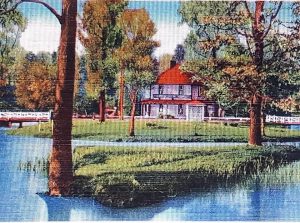 The Park was originally filled with a 1/3 mile lagoon complete with boats, bowling alley, walking trail, auditorium with seating for 6,000, many public and private buildings, a library and more.

Chautauqua Park was annexed to the city in 1917. The City did not start renovating the park until the early 1970s due to no money during World War I and the Depression Period. In 2014 we added the lasted attribute, the  Travis Aubrey Skate Park .