The Kentucky Legend Fields, formerly known as the Owensboro Softball Complex at Jack C. Fisher Park has undergone major facility renovations over the past 2 years. The City of Owensboro via its Parks and Recreation Department took the complex renovation proposal in front of the commission on Tuesday, March 12, 2019.  The $2.9 million proposal was approved to proceed on Thursday, March 19, 2019 by then Board of Commissioners: Mayor Thomas H. Watson, Mayor Pro Tem Larry Maglinger, Commissioner Pamela L. Smith-Wright, Commissioner Larry Conder, and Commissioner Jeff Sanford.

The land now known as Jack C. Fisher Park was purchased by the City of Owensboro in 1985 and originally called West Park. The City of Owensboro began construction of the sports complex in 1986. It was the first in our region. The first season of play took place in 1987 with two adult softball leagues for local citizens, and eleven tournaments.  Six of the eleven tournaments were hosted by the Owensboro Parks & Recreation Department. Throughout the years, play has grown. We now offer four adult softball leagues, two t-ball leagues, a kickball league, and an average of 24 tournaments a year.  With the new renovations, we anticipate increased usage with play beginning in March and wrapping up mid-November.  Previously play began no earlier than April and ended in September.

Over the 36 years the complex has been in existence, competition for tournament scheduling has grown tremendously throughout the state and our region due to the increased number of complexes being built and the awareness of the value to recreational tourism to a community’s economy.  With little to no renovations taking place at Kentucky Legend Fields before this project began, the Director of Parks and Recreation, Amanda Rogers saw a need for our complex amenities to improve if the City wanted to stay competitive and continue attracting tournaments to our community.

The City via the Parks and Recreation Department had a vision to improve the complex with the goal of drawing tournament directors’ attention to Kentucky Legend Fields once again. To achieve this, the plan included: creating four hybrid synthetic turf fields, replacing the irrigation system, improving infield drainage problems, adding batting cages, making practice field improvements, increasing parking availability in both the front and back lots, and improving the spectators experience throughout the complex by adding more seating, shade and a playground area.

Once notice to proceed was granted, the City bid the contract to survey the complex, decide on renovation necessities, design the plans, and line out bid documents. Land Design and Development, Inc. (LD&D) out of Louisville, Kentucky was awarded the contract, and was the first contractor who worked on this project. They worked with the City to determine priorities and prepare the design and plans needed to move the project forward.

The City began accepting bids in June of 2019, and a contract selection announcement was made in August 2019.  Vescio Sports Fields was awarded the contract for the sports turf and field construction work, installation of the Rain Bird Irrigation System, correcting infield drainage problems, electrical work in dugouts, pitching mounds, and backstops, and construction of the new batting cages.  Before our project, Vescio Sports Fields had renovated University of Kentucky’s Commonwealth Stadium from natural to synthetic and designed and installed University of Kentucky’s baseball field and softball field with the softball field being named the STMA field of the year.  Vescio also completed renovations to University of Louisville’s Cardinal practice fields, and designed and installed the softball and soccer fields at University of Louisville. The City was excited to work with this company to make our vision for this complex a reality.

Another big part of the project was expanding the front and back parking lots. With the new renovations attracting more teams and bigger tournaments, expanding our parking lots was a necessity. Yager Materials, Inc. completed the back parking lot expanding it to 336 spaces with six being handicap spaces and new lighting. Yager also worked to create an eye-catching ticketing entrance otherwise known as Homeplate Plaza.  Yeiser Excavating completed the front parking lot expansion and expanding it to 96 spaces with two being handicap spaces.   Homeplate Plaza also displays a one-of-a-kind signature entry gate provided by Digger’s Fence.

Miracle of Kentucky and Tennessee helped the City gain a WOW factor to the facility, by adding fun oversized baseball equipment throughout the park. This includes the bat and ball main entrance drive statue that serves as our park entrance sign, and the oversized glove right behind Home Plate Plaza at our main ticketing entrance.  In addition, a playground was added to the front of park by Miracle.  This playground is outside of the complex fencing making it accessible to the public during normal park hours, whether the complex is open or not.   Miracle also placed new score tables behind each field, and 20 by 24 foot shade structures at the front entrance and in between the red and yellow field, and helped us complete the new look with new metal tables, benches and trash receptacles throughout the complex.

With the hybrid synthetic infields, play will extend into cooler seasons than had been operated previously. To ensure water could be on in the field house for restroom accessibility and concession operations, the City added a new HVAC system to the field house adding a heating system to the water lines. DeBra-Kuempel was contracted to complete this work.

In addition, a new maintenance building to replace the existing 30’ x 20’ maintenance shed was bid.  That new maintenance shop will house the additional equipment needed to service the synthetic fields.  This has been awarded to Lanham Brothers Contracting and will be underway shortly. The architectural design of the building was completed by Hafer.

The City of Owensboro is thankful to have a strong partnership with Kentucky Legend, as the field-naming sponsor.  Their continued support is appreciated as both the Owensboro Parks & Recreation Department and Kentucky Legend strive for excellence in our products!

We are excited to move forward and see the newly renovated complex in action with our first tournament this weekend, February 26-28 as Kentucky Wesleyan College hosts a ten team college event.  Please contact Greg Richard, KWC Director of Athletic Marketing and Operations at 270-852-3195 for more information on the event which begins Friday morning at 11:00 a.m.

The event calendar for the 2021 season shows 40 total events, four adult softball leagues, one adult kickball league, and two youth t-ball programs.  These renovations will boost Kentucky Legend Fields economic impact by allowing for a longer season, increased events throughout the year, and increasing team traffic to Owensboro. Economic impact will grow by the increased number of hotel rooms used, attracting more visitors to local restaurants, and looking for evening entertainment when not playing. The hybrid synthetic turf fields will help improve play conditions drastically and improve our accountability on play with less games being cancelled due to weather and or field condition.

A public ribbon-cutting and grand reopening event are March 29. 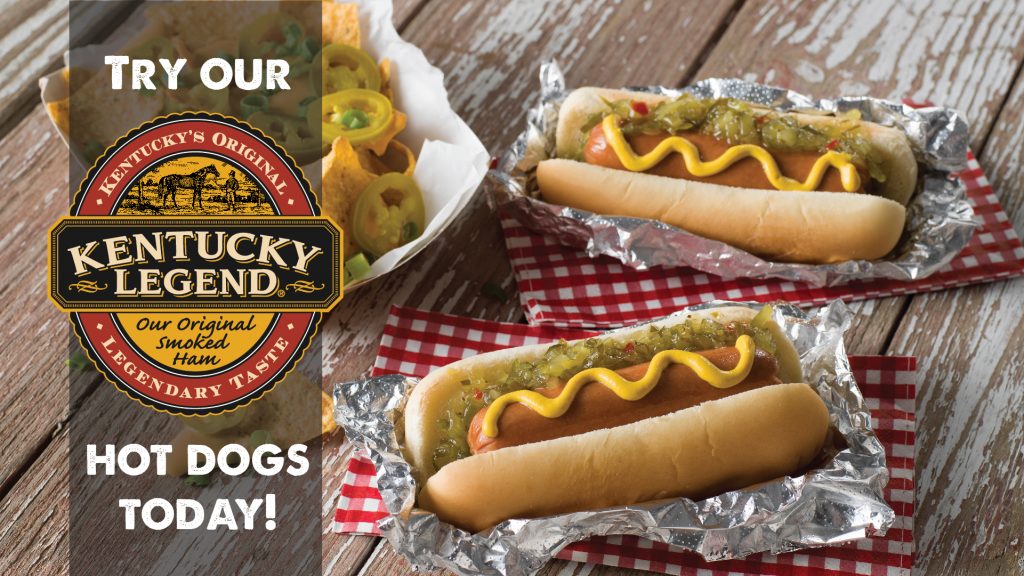